Fiscal revenue grew 3.8% to RMB 19 trillion ($2.7 trillion) in 2019, according to the Ministry of Finance, missing the annual target of 5% growth. It was 2.4 percentage points lower than the revenue growth for 2018 and the second consecutive annual slowdown.

The central government collected 4.5% more revenue than the previous year, while local governments collected 3.2% more. This meant they missed the officially set growth targets of 5.1% and 4.9%.

Tax and fee cuts are the major reason for the revenue slowdown, the finance ministry said. As tax cuts hit government revenue, authorities have resorted to other revenue sources to make up the funding shortfall, such as selling state-owned assets including land, and creaming off more profits from state-owned enterprises. 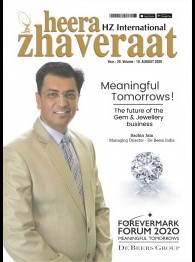