Is BDB on the brink of allowing LGDs?

Mumbai’s Bharat Diamond Bourse (BDB) is on the verge of allowing lab-grown trading, with members due to vote on the matter next week.

The board of the world’s largest diamond hub has recommended the move, arguing that better detection and increased awareness have made it easier to segregate synthetic stones from natural ones. The poll will take place at the annual general meeting (AGM) at the BDB on December 28, according to the exchange’s annual report, which it released last week.

The bourse banned synthetics in 2015, but has been reconsidering the rule for more than two years and holding talks with India’s Natural Diamond Monitoring Committee on how to keep watch of the trade. The board received numerous requests for a meeting in which members could pass the amendment, BDB President Anoop Mehta told.

“I think [the vote result] will be positive, because a lot of people want to diversify,” Mehta commented.

In the past, “you didn’t have [many] detection machines, and they were pretty expensive,” he added. “Detection...has gotten much more accessible and reasonable.”

However, companies won’t be able to start trading in synthetics immediately: They will have to apply for this right, Mehta explained. Companies active in both sectors must have detection equipment and keep natural and lab-grown stones in separate rooms, with clear markings on the door to indicate what’s inside. The BDB will cancel the membership of companies that flout the rules.

Meanwhile, the BDB board has recommended removing “natural” from its definition of diamonds, bringing it in line with industry standards, Mehta added. This will also be included in next week’s vote. 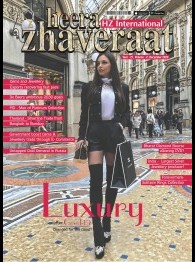