Santacruz Silver Mining reports operating results from the Zimapan Mine in Zimapan Hidalgo, and the Rosario Project in Charcas, San Luis Potosi, located in Mexico, for the fourth quarter (Q4) and year ended December 31, 2020 and provides an operations update.

“Our priority during 2020 was to ensure the health and safety of our employees and stakeholders during the unprecedented COVID-19 pandemic,” commented Carlos Silva, CEO.

“Despite country wide closures early in the year, we achieved a safe return to full production by June 2020 and reached record levels by year end, which is a significant accomplishment for our team on the ground. Additionally, production from Veta Grande has been completely replaced by production from the Zimapan Mine” Silva added.

Silva continued, “Our goal in 2021 is to continue optimizations and further improve production rates, particularly s new areas underground offer expansion potential. Of note, during Q4 2020 the Company completed development works on a new mineralized zone at the Zimapan mine, the Horizontes zone, which is expected to contribute higher grade mineralized material to the mill feed. Importantly, we expect to conclude the acquisition of the Zimapan Mine from Minera Cedros shortly.” 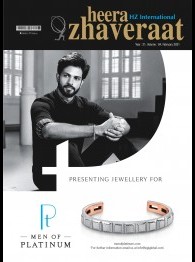