Burmese gemstones, not so precious in the U.S. anymore?

The United States imposed sanctions on Myanmar's state gem company in a bid to cut the "economic resource" of the country's military rules.

“Today’s action highlights Treasury’s commitment to denying the Burmese military sources of funding, including from key state-owned enterprises throughout Burma,” said Andrea Gacki, Director of the Office of the Foreign Assets Control. “The United States will continue to work tirelessly, including with partners throughout the region and the world, to support the restoration of democracy and rule of law in Burma and to bring accountability to those who seek to undermine these values.”

U.S. based jewellers are banned from dealing with specially designated designated nationals (SDNs), and those companies’ U.S. assets are frozen. This makes it all the more difficult to source or deal with Burmese gemstones like rubies and jades, which are of exceptional value and rarity, as the entities in question, predominantly have a lot of control over the gem trade in Burma. However, this has no impact on buyers who already have posession of Burmese gemstones as part of their inventory.

Myanma Gems Enterprise is a state-owned enterprise operating under the Ministry of Natural Resources and Environmental Conservation. MGE is a subdivision of the Ministry of Mines, which is responsible for managing the mining and marketing of jade and other gemstones. MGE is responsible for all functions relating to gemstones, including permitting, licensing, enforcing the regulatory framework, participating in joint ventures on behalf of the state, collecting royalties, and marketing of jade and gemstones in Burma. MGE is also responsible for supervising and granting permits for local private individuals and companies as well as organizing emporiums and special sales three times a year for gems and jade extracted. 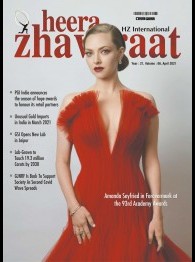