LBMA released the draft of Version 9 of the Responsible Gold Guidance (RGG), the document that underpins LBMA’s Responsible Sourcing Programme. LBMA is seeking constructive feedback on this document and has requested comments from trade members by 20th July.

The current RGG launched in 2018, marked a major strategic expansion to include Environmental, Social and Governance (ESG) issues. RGG Version 9 builds on this, as well as reflecting the strategic priorities identified as part of LBMA’s IBC Recommendations.

After undergoing a thorough public stakeholder consultation, Version 9 will be released later this year and will be applicable for refiners with effect from Saturday, 1 January, 2022.

The data represents the holdings of six custodians offering vaulting services (all of which are LBMA members). They comprise three security carriers (Brinks, Malca-Amit and Loomis International Ltd) and three clearing banks (HSBC, ICBC Standard Bank and JP Morgan). Also included are the gold holdings held at the Bank of England (not an LBMA member) which offers gold (but not silver) custodial services to central banks and certain commercial firms that facilitate central bank access to the liquidity of the London gold market.

Those clearing members without their own vault operations – for example UBS - utilise their accounts with one of the LBMA custodians or the Bank of England and therefore do not contribute to the statistics to avoid double counting, it noted. 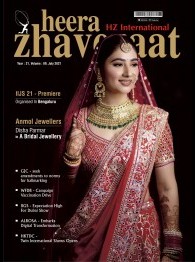