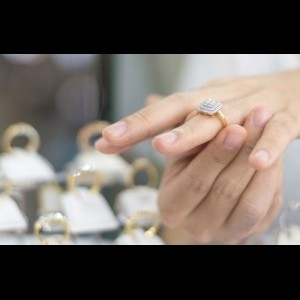 Jewelry buyers in western Europe are more likely to embrace lab-grown diamonds than those in the USA, says new research.

Forty-one percent said they'd bought or been given an LGD, compared with 32 percent in the USA.

More than 1,500 consumers in France, Italy, Germany, Spain, and Great Britain took part in the survey, by market research consultants The MVEye. They had all spent at least $300 on jewelry in the last three years.

The research showed that 77 percent of the consumers questioned were already aware of lab-growns, compared with 80 percent in the USA.

One in four agreed with statements that lab-growns were identical to mined stones, more environmentally friendly, and cost about a third less.

Eight percent said mined diamonds were rarer and would hold their value better.

Marty Hurwitz, CEO of The MVEye, said they'd been surprised by the high level of awareness about lab-grown.

"Younger European consumers who responded to this study articulated a strong interest in seeing the lab-grown diamond category expand," he said.

"Compared to their American counterparts, of similar age, they are more engaged in social issues, as well as how businesses address environmental, social and governance issues." Courtesy- Idex. 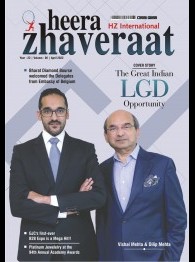