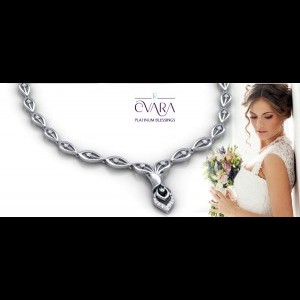 This is based on Platinum Guild International (PGI)’s  2019 Platinum Jewellery Business Review report (PJBR). From Maharaja’s to Millennials: Timeless Platinum Continues to sit atop the Precious Metals Value Hierarchy for Generation after Generation of Jewellery Customers!

According to PGI’s 2019 PJBR, young consumers, men’s jewellery and female self-purchase will build upon platinum’s pre-eminence in bridal jewellery to drive future demand

Platinum Jewellery Business Review 2019 says how PGI transforms a commodity into an aspiration for consumers & an irresistible business proposition for manufacturers! Looks at Platinum jewellery development opportunity & the report says Jewellery is the 2nd biggest ounce contributor for platinum. Demand for platinum is created through marketing that can be generated within 12 to 18 months via PGI’s partner networks.

Jewellery demand responds relatively quickly to increases and decreases in marketing investment. In 2018, marketing investment ratio per oz between India & China remained, 4:1 & this effect was most visible in both the fastest-growing and fastest-declining markets.

According to some industry commentators, the low platinum price relative to gold has tarnished the brand platinum. The report says, Consumers are much more aware of the price of gold than platinum & Platinum still tops the metal value hierarchy! Over 50% of consumers would still pay a premium for platinum jewellery even after they know that the platinum price is lower than gold is the argument in report!

Platinum’s natural white lustre and legendary grip on the world’s most precious gems has ensured its position as the precious metal of choice for fine jewellery from the moment King Louis XVI of France declared it “the only metal fit for kings”. These timeless qualities, together with the allure of a metal that is thirty times rarer than gold, continue to drive aspiration for the precious metal perceived by today’s jewellery customers as the highest value metal for jewellery.

Aspiration for platinum among consumers:

Platinum Guild International (PGI) releases the2019 Platinum Jewellery Business Review (PJBR) revealing the aspiration for platinum among today’s consumers, and the jewellery industry’s efforts to satisfy consumers’ timeless quest for jewellery that captures the most meaningful moments, with a particular focus on men’s jewellery, young consumers and self-purchase.

The annual Platinum Jewellery Business Review surveys over 1,000manufacturers and retailers, in addition to over 1,000 consumers1to provide the world’s most comprehensive and in-depth analysis of platinum jewellery’s performance in 2018, together with a forecast for 2019, highlighting the trends that will shape the industry in each of the four key platinum jewellery markets: Japan, China, USA and India.

“This survey demonstrates how platinum continues to sit atop global consumers’ precious jewellery metal hierarchy as the metal of highest perceived value, making it the natural choice for jewellery that holds a special place and meaning in their lives. Three of platinum jewellery’s key markets experienced growth, and all four markets witnessed expanded platinum jewellery offerings as the jewellery industry seized opportunities to go beyond platinum’s stronghold in bridal” says CEO Huw Daniel of Platinum Guild International.

Growing pains multiplied amidst a constant current of significant disruptions, the jewellery industry in India is fundamentally changing its business! Market needs in 2019, building preference among younger consumers for their significant milestones, unlocking new consumer segments and opportunities & improving conversion and stock turn.

2:  Election will cause some disruption of about one quarter

4: Stronger divide between winners and losers for jewellery retailers

5: For platinum, it is about scaling up

“Platinum market in India has witnessed consistent growth on the back of our strong trade and marketing initiatives. Our strategic partners have reported a growth of 26% in platinum sales in 2018. This year, PGI India will continue to work with strategic partners to expand its presence in tier 2 cities to optimise the growing affluence and preference for platinum jewellery in these markets.

The outlook for 2019 is strong and we expect a growth of 15 - 20%” said, Vaishali Banerjee, Managing Director India, PGI.

“Platinum jewellery today is an imperative for jewellery business. The younger generation, especially when it comes to marking significant emotional milestones often come looking for platinum jewellery. With increased awareness, platinum today ensures younger walk-ins at our showrooms. We plan to take platinum along as we expand into tier 2 & tier 3 cities.

Apart from rings, and bands, the demand for platinum men’s jewellery has been growing consistently, making it one of our incremental lines of business today. We expect the platinum category to grow in the coming years too”, confirmed Managing Directors of GRT Jewellers India Private Limited, Mr G R Ananth, Anantha Padmanabhan and Mr G R Radhakrishnan.

“As we expanded our presence and reach across India, we ensured that platinum was part of our key offering. There is an increased awareness and desire to own platinum and the preference goes beyond just urban cities. Platinum Evara has helped increase the choices we offer to our consumers in the bridal space and has had an immense impact on men’s jewellery.

When it comes to men’s jewellery the market remains hugely untapped. The incremental opportunity with platinum jewellery is manifold and we are expecting a positive growth this year” said Rajesh Kalyanaraman, Executive Director, Kalyan Jewellers.

Contrary to popular belief, the rising cohort of millennial consumers and the even younger generations are finding meaning in jewellery that embodies their aspirations and captures their memories.  As the rarest of all precious metals, today’s consumers are turning to rare and timeless platinum, just as their predecessors did.  But their choices are being expanded into multiple jewellery categories unlike any other time in history.

PGI predicts that continued collaborations with strong influencers, whether brands or individuals, will increase platinum jewellery’s desirability to the affluent and next generation consumers, for bridal and beyond.

Commenting on the millennial trend Mr. Rajesh Rokde, Managing Director - Rokde Jewellers, Nagpur said “Platinum has consistently delivered a double digit growth since we partnered with PGI. Noticing the increasing demand and popularity of platinum jewellery especially among the young, we have an aggressive business plan in place this year.

We already have an exclusive zone for platinum in our new Laxmi Nagar store and are looking at introducing platinum at our airport store too. With our commitment and PGI’s support I expect our platinum business will flourish at Rokde jewellers, and more than double in 2019”.

Mr Darpan Anand, Managing Director, Punjab Jewels from Indore added, “PGI India through its marketing efforts have positioned platinum as a rare and precious metal, making it deeply aspirational. This strategy has helped attract young consumers and offer something different and unique to existing ones.

In 2018, platinum grew by 35% and in 2019 we aim to make Punjab Jewels the one stop destination and the 1st preferred store when it comes to platinum jewellery in central India. The first quarter of 2019 already witnessed a growth of 30% in platinum jewellery and we expect the category to grow by at least 50-60% in 2019”

Despite industry disruptions from government legislation and liquidity issues, India remains the fastest-growing platinum jewellery market with a significant 19% year-on-year increase in partner retail sales. PGI works with the jewellery industry to introduce new branded collections that open up consumer markets in one of the most rapidly changing and youthful markets.

Whether by re-defining the meaning of jewellery for a new kind of contemporary, equal and inclusive love, or tapping into the aspirations of a new generation of men who seek success beyond traditional norms, Indian consumers increasingly see their values reflected in platinum’s rarity and modernity in a market dominated by traditional gold jewellery.

The jewellery industry’s embrace of platinum as an incremental opportunity that attracts ayounger consumer to their stores while delivering higher revenue per piece has resulted in significant distribution gains in 2018 that continue into 2019.

The business opportunity with this segment has excited all our partners. Mr Suvankar Sen, Executive Director, SENCO Gold & Diamonds, said - “The beauty and the superior craftsmanship of platinum jewellery appeals to almost all our customer base. Apart from rings, bands and necklaces, platinum jewellery has caught the fancy of Indian men for its sophisticated and unique designs.

Platinum jewellery is offering them differentiated design in a rare metal– it makes for an exclusive purchase. Our men’s category has registered a growth of 95% in 2018 and we are expecting it to grow by 100% in 2019. Overall platinum category, we expect it to register a healthy growth of100%.

Mr Arpit Rastogi, Director & Owner, Lala Jugal Kishore Jewellers, Lucknow added, “Most of our new consumer walk-ins have been for platinum jewellery. From “Mangalsutra” to engagement bands, they often come looking for in platinum. A jeweller who doesn’t have platinum ends up losing out on a new customer.

This in itself showcases how strongly the metal has emerged as an aspirational product in the last few years. It isn’t only about the amount of platinum a jeweller sells, but it’s also about the number of walk-ins the metal attracts that leads to bigger sales”. 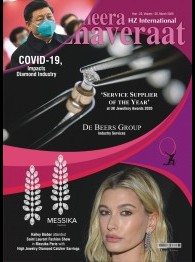