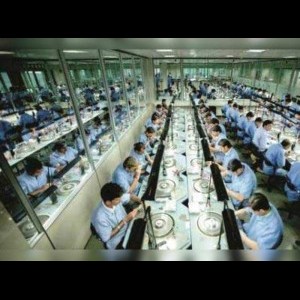 As of today, experts are estimating that the virus could toll US$ 2.7 trillion on the global economy! And it is known that on the back of weak global GDP growth 2019 that halted at 2.9%, GDP growth for 2020 is projected very low of 2.4% while Coronavirus disrupts the first quarter! And the key epicenter China GDP growth is seen halted at 5% in 2020.

Oxford Economics estimates the global GDP to remain 2% in 2020, China to remain at 4.5% GDP in 2020, and large global economies to remain lower at 0.3% to 0.5% than the previous estimate in 2020. While McKinsey & Co says in its Executive Briefing, “the resulting demand shock cuts global GDP growth for 2020 in half, to between 1 percent and 1.5 percent, and pulls the global economy into a slowdown, though not recession.”

The bottom line at the juncture is to draw that the global economy can slow down yet, COVID-19 is not inviting any recession! And another silver line is Indian economy is largely insulated from the COVID-19 financial impact. Yet media report says Surat Diamond Industry is likely to embrace a loss of Rs 10K Cr. Export fraternity is asking the credit line to be extended from 180 days 360 days! Despite the long wedding season, domestic jewellers are waiting for buyers to step in!

Since December, day by day, commerce & business sentiment lowering yet! The business aptitude in India is great!

For India, the US market is the key market, and its’ NRF says, US import for March 2020 likely to tumble by 18.3 percent YoY, April to remain lower by 3.5% YoY. It is expected that the scenario can improve by May & up to H1 2020. Yet overall, the first half of 2020 is forecast to remain down 2.8 percent from the same period last year!

Yet SEZs India is the silver line at export India front! The Special Economic Zones (SEZs) India continues to take the lead in expanding the exports for the country. Even during the volatile global economy, SEZs in India have shown resilience and have achieved US$ 100 billion worth of exports in FY 2019-20, as on 17 February 2020.

It may be mentioned that SEZs achieved this land-mark of the 100-billion-dollar worth of exports in 2018-19 in the full financial year. It is observed that while the services segment, constituting majorly of IT &ITeS services, was the driver of the export growth at 23.69 %.

There was almost a 4% growth in the manufacturing segment also. This reflects overall expansion and interest in SEZs in the country. A number of operational SEZs have grown to 241 as against 235 at the end of FY 2018-19.

Important sectors that saw healthy growth in this financial year include Gems & Jewelry (13.3%), Trading & Logistics (35%), Leather & Footwear (15%), Non-Conventional Energy (47%), Textiles & Garments (17.6%). Petrochemicals constitute a major segment of SEZ exports; however, growth was muted in this segment, which may be attributed to the softening of global crude prices.

In addition to Seven Central Government Special Economic Zones (SEZs) and 12 State/Private Sector, SEZs set-up prior to the enactment of the SEZs Act, 2005, approvals has been accorded to 417 proposals for setting up of SEZs in the country. Out of 349 notified SEZs, 238 SEZs are operational.

There are no SEZs in the Hyderabad Karnataka Region area. States/Union Territories-wise distribution of SEZs established in the country and details of locations of these SEZs are available at the SEZ website. SEZs being set up under the SEZs Act, 2005, and SEZs Rules, 2006, are primarily private investment-driven initiatives.

The Central Government sanctions no funds for setting up of SEZ. However, the fiscal concessions and duty benefits have been allowed to developers/units as per the SEZs Act, 2005 and Rules thereunder.

Including SEEPZ, Indian gems and jewellery exports worth US$ 40bn & that contributes 7% to India’s GDP and 12 % to Merchandise Exports. Overall, this sector employs a workforce of 5 Million across India. According to the GJEPC submission for the budget 2020-21 that, 1: the forthcoming budget proposes an Allowance of job work to SEZ units for DTA units and 2: the forthcoming budget proposes an Allowance of sale of gems and jewellery items from SEZ to DTA units!

It would be interesting to peep up:

In 2001 SEEPZ housed more than 150 gem and jewelry units, employing around 80,000 people, although this number has decreased since the economic downturn of 2007-2008. And thereafter, there is no update at SEEPZ SEZ official website!

De facto those who own a Unit in SEEPZ SEZ enjoy, Corporate Tax / Income tax exemption as per Sec.10AA. 100 % of export profits exempted from tax during the first five years and 50 % of export profits exempted for the next 5 Years, Further 50% Tax exemption is allowed provided the company plow back 50% Net Profit earned into the project. In Total, 15 Year Tax benefit is allowed.

SEZs to have Offshore Banking Units (OBUs): No loss on account of forex conversion & Loan available at international interest rates and write off of unrealized exports allowed.

Not only these but at Customs & Excise front, SEEPZ SEZ player has an exemption from Customs Duty and Central Excise Duty on capital goods, raw material, consumables, supplies, etc. Waiver of Service Tax on services wholly consumed for authorized operations within SEZ and refund for services not entirely consumed within SEZ.

Import and export on a self-certification basis no routine examination by Customs / Excise of export & import cargo. Online enabled for all trade transactions are allowed in SEEPZ SEZ.

5: SEZ units allowed undertaking job work on behalf of domestic exporters and export directly from SEZ on behalf of local exporters. 6: Duty-free goods imported by SEZ units can be consumed within the validity period of Letter of Approval. 7: No standard input/output norms. No fixed value addition norms. 8: Used capital goods can be imported. 9: All goods, except prohibited goods, can be imported/exported.

Here point number 4 & 5 is the key. This shows what is being proposed for SEEPZ SEZ in budget 2020-21 may not convince the government! Because above & all, SEEPZ SEZ has other benefits too, which are also a key, 1: 100% Foreign Direct Investment (FDI) is allowed. 2: 100% Capital account convertibility is allowed (EEFC A/C). 3: Speedy clearance of Import / Export cargo at all ports (24 hrs clearance is permitted).

9: SEZ's governed under SEZ Rules 2006 / SEZ Act 2005 - this is the principal applicable regulations for SEZ - all other Indian Trade Laws & Regulations are mostly inactive in SEZ. & 10: Ready, Modern infrastructure provided. And apart from the above, it has own unique salient features too, which encourages exports!

Despite these above, SEEPZ SEZ is also enjoying a Master Circular of RBI. According to the RBI, 1: Capitalization of Exports and Other Dues - As per RBI's Master Circular No.1/2009-10 dated 01 July 2009, Indian Party is permitted to capitalize the payments due from the foreign entity towards exports, fees, royalties or any other dues from the foreign entity for supply of technical know-how, consultancy, managerial and other services within the ceilings applicable. Capitalization of export proceeds remaining un-realized beyond the prescribed period of realization will require prior approval of the Reserve Bank.

3: Sector-Specific Policy for Foreign Direct Investment -As per entry 33 of the Table (Part I, Section I, Para2) of RBI's Master Circular No.02/2009-10 dated 01 July 2009, 100% Foreign Direct Investment in Special Economic Zones and Free Trade Zones covering setting up of these Zones and setting up Units in the Zone under Automatic Route, subject to Special Economic Zones Act 2005 and the Foreign Trade Policy Conditions is permitted.

4: Direct Import of Gold -As per RBI's Master Circular No.8/2009-10 dated 01.07.2009, AD category - 1 bank can open Letters of Credit and allow remittances on behalf of EOUs, units in SEZs in the Gem & Jewellery Sector and the Nominated Agencies / Banks, for direct import of gold, subject to the conditions prescribed therein.

5: Manner of Receipt of Payment -As per RBI's Master Circular No.9/2009-10 dated 01.07.2009, trade transactions can be settled in precious metals i.e., Gold / Silver / Platinum by the Gems & Jewellery Units in SEZs and EOUs, equivalent to the value of jewellery exported on the condition that the sale contract provides for the same and the approximate value of the precious metals is indicated in the relevant GR / SDF / PP Forms.

7: Foreign Currency Account -As per RBI's Master Circular No.09/2009 dated 01.07.2009, a Unit located in a Special Economic Zone (SEZ) may open, hold and maintain a Foreign Currency Account with an AD Category 1 Bank in India subject to conditions stipulated in Regulation 6(A) of Notification No. FEMA 10/2000-RB dated 03 May 2000, and as amended from time to time.

8: Direct dispatch of documents by exporter -As per RBI's Master Circular No.09/2009 dated 01.07.2009, AD Category - 1 banks may permit Units in Special Economic Zones (SEZs) to dispatch the export documents to the consignees outside India subject to the terms and conditions that (a) the export proceeds are repatriated through the AD category banks named in the GR form and (b) the duplicate of the GR form is submitted to the AD banks for monitoring purposes, by the exporters within 21 days from the date of shipment of export.

9: Export of Goods by Special Economic Zones (SEZs) -As per RBI's Master Circular No.09/2009 dated 01.07.2009, Units in SEZs are permitted to undertake job work abroad and export goods from that country itself subject to the conditions that (i) Processing / Manufacturing charges are suitably loaded in the export price and are borne by the ultimate buyer, and (ii) the exporter has made satisfactory arrangements for the realization of full export proceeds subject to the usual GR procedure.

10: DTA buyers of SEZ goods can make payment in Foreign Exchange - As per RBI's Master Circular No.09/2009 dated 01.07.2009, Category - 1 bank may permit units in DTAs to purchase foreign exchange for making payment for goods supplied to them by Units in SEZs.

11: Exchange Earners' Foreign Currency (EEFC) Account -As per RBI's Master Circular NO.09/2009 dated 01.07.2009, the eligible credit in EEFC account include payments received in foreign exchange by a Unit in Domestic AREA (DTA) for supplying goods to a Unit in Special Economic Zone out of its foreign currency account.

12: "Netting off" of export receivables against imports by Units in Special Economic Zones (SEZs) -As per RBI's Master Circular No.09/2009 dated 01.07.2009, AD banks may allow requests received from exporters for 'netting off' of export receivables against import payments for Units located in Special Economic Zones, subject to the conditions listed therein.

14: Write off in cases of Payment of Claims by ECGC and Private Insurance Companies regulated by Insurance Regulatory and Development Authority (IRDA) -As per RBI's Master Circular No.09/2009 dated 01.07.2009, AD category banks shall, on an application received from the exporter supported by documentary evidence from ECGC and private insurance companies regulated by IRDA confirming that the claim in respect of the outstanding bills have been settled by them, write off the relative export bills and delete them from the XOS statement.

However, the claims settled in rupees by ECGC and private insurance companies regulated by IRDA should not be construed as the export realization in foreign exchange.

Now it is known that India is eying to attain the stature of 5trillion economy in the globe! It was a tough target, and now Covid-19 had added more hurdles! According to GJEPC, they are eying to contribute the gem & jewellery exports target of US$ 75bn in the basket of US$ 5 trillion economies.

Yet, the scenario now says, SEZs are the promising and silver line!