There are a few men who show self-belief and display immense courage when faced with challenging situations. These are men who always stay true to their values no matter what. In doing so, these men of character inspire those around them. The cricket pitch too is a place that tests the character of many, including the icons we love. They face dilemmas in every game and yet led by their beliefs they come through making the right choice every single time.  It’s their actions that create all those truly memorable moments that become a part of cricketing lore and legend

With the advent of the nation’s favorite season, the cricket season, Platinum Guild India’s Men of Platinum in association with ace batsmen KL Rahul, launches its new campaign – Character Inspires All.  It is a fitting tribute to rare men of character who rise to the occasion when needed the most. The shots they play leave an impact beyond the field, creating a wave of inspiration across. In the film, a series of visuals capture KL Rahul on and off the field, styled in statement pieces from the Men of Platinum collection, with a compelling narrative that captures the very essence of the campaign.

With KL Rahul as the protagonist, the film underlines the ability and power of true character to inspire those around through intent and actions, while drawing a parallel with the extraordinary qualities that define the rare and precious metal - platinum. As a symbol of strength, resilience, purity and tenacity platinum emerges as the obvious choice of metal for these men of character.

Speaking about the campaign KL Rahul said, “I am extremely grateful to be a part of Men of Platinum’s latest campaign. I truly believe that character is a source of inspiration, especially while playing the game. No pep talk can inspire the team, the way your own actions and intent do! Winning a game isn’t always enough. It is those actions that go beyond the field, that define our journey, our legacy.”

“We are extremely excited to kick-start the season with Men of Platinum. The festive & cricketing season this time run neck to neck. We are glad to further strengthen our partnership with vice-captain KL Rahul. He truly represents the Men of Platinum ethos and with this campaign, we aim to celebrate the iconic moments of character exhibited on the cricket field that inspires all around. To rise to the occasion when it is most needed is a true leadership trait & it causes a ripple effect inspiring others to rise up too.” said Sujala Martis, Director - Consumer Marketing, Platinum Guild International – India.

"In a world that’s full of complexities and challenges, there are a few who remain unfazed and carry on doing what comes naturally to them. We celebrate these rare men of character who don’t change, even if the world around them changes. These men lead with values and in doing so, they inspire those watching. And this is what we celebrate in this campaign, those men who rise to the occasion and face the heat with everything they’ve got." Tenzin Wangdi, Creative Director, Famous Innovations

As a part of the campaign, Men of Platinum will also be hosting a series of special consumer contests, one that is based on a dilemma & asks the audience to make a choice when caught in a tough spot, the other asks the audience to identify and share ‘moments of character’ that emerge on the field, amidst a game. Lucky winners will stand a chance to win a signed jersey by the Man of Platinum himself – KL Rahul. Both these contests will be live on the brand’s social media pages. 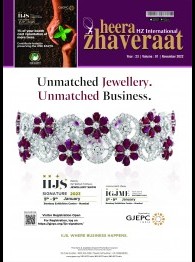